Selling the Sales Force on Automation

Selling the Sales Force on Automation 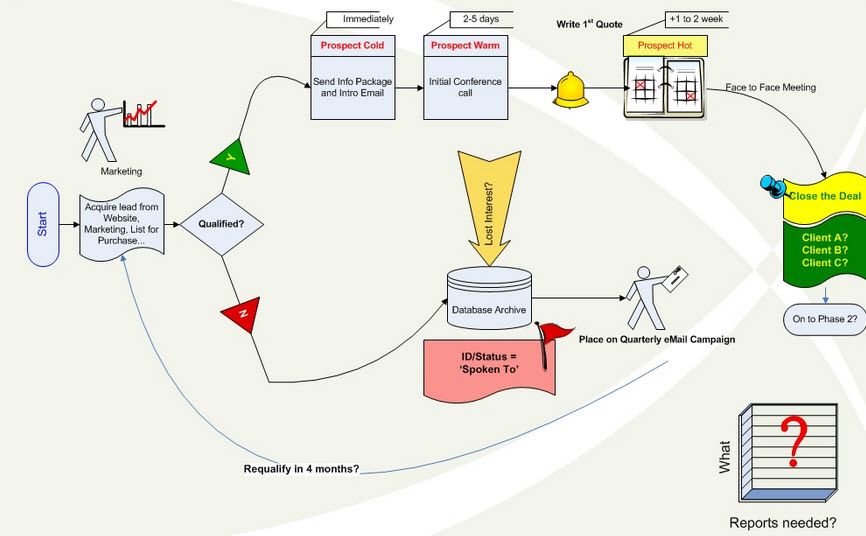 Many employee resist sales force automation, because they feared that the loss of control over customer relationships might cause the quality of their service to suffer. It wasn’t until companies figured out how to embed the automation system into its culture that the change paid off. Industry analyst IDC estimates that companies spent nearly $3 billion on global SFA applications in 2004, and that number is rising. There’s no guarantee of a payoff, however, especially if employees won’t adopt the tools.

The term “sales force automation” is a bit of a misnomer. The focus of such applications is not on automating salespeople’s jobs but on enhancing the sales process.

Concern about SFA among salespeople is not unfounded. Reps will have to take some time away from selling to learn the new tools. Managers will become more aware of what is happening in the field, and the issue of customer ownership will be raised.

Companies should do everything they can to support sales reps as they convert to the SFA system, such as provide assistants who can enter information for them while they’re getting up to speed. It’s also important to protect salespeople from any risk to their compensation that could result from having to spend time away from selling while they learn the tools. Employers might consider excusing temporary drops in performance and giving breaks on quotas.

Make it mandatory.
Use of SFA cannot be optional. A clear message has to be sent that the sales force must use the system. The explicit philosophy at Harris is, “If it’s not in the SFA, it didn’t happen.” Not only is SFA a necessary tool for promoting visibility and customer continuity, it also forms the bedrock of the compensation system. If a sales rep has not tracked the opportunity through the system, he or she does not get a commission.
While SFA implementation means introducing a new technology, treating the process as a technical challenge all but guarantees that it will fail. Managers should instead approach it as a cultural and interpersonal tool whose success depends on salespeople’s and other employees’ acceptance.

About the Author: Jordan Ofri